Joe Hills here, writing as I always do from Nashville, Tennessee! I hope you’re having a great summer so far!

I built a shelf and I’m so proud of myself that we’re gonna talk about that first!

Thanks to y’all’s ongoing support, this week, I purchased and assembled a second industrial shelving unit in the studio!

I’ve managed to get a lot of the random boxes, cables, and clutter off the floor, so I’m excited that the space will be much more welcoming (and less of a trip-and-fall hazard) for guests in the future.

PlayOnCon is in two weeks!

What happens if you combine a campsite and a gaming convention? It’s PlayOnCon!

If you every wanted to canoe, shoot a bow and arrow, look through a telescope, and also compete in a Minecraft build contest hosted by yours truly, PlayOnCon is the event for you!

Don’t worry, there is an actual hotel on site, and the indoor gaming spaces are all air-conditioned.

Before the pandemic, PlayOnCon hotel rooms and badges would sell out almost as soon as they went on sale, but this year you still have the chance to make a last-minute decision to attend.

Badges and lodging are still available for purchase at: https://www.playoncon.com/memberships

This year, I’ll be running the Minecraft Build Contest and the Table-Flipping Contest. I hope some of y’all come out and participate!

Here’s a video of a build contest I hosted at PlayOnCon a few years back:

I also host the annual table-flipping contest! Here’s a video I made from the year Aureylian hosted it, as I can’t film and run the event at the same time.

Congratulations to Forgantly for a second decisive victory in week 3! That’s two weeks in a row!

[ThatTommyBoii: “At least you’re on the board, Joe!”]

Thanks to Sami Higgins for organizing this week’s tournament: Junk Yard!

Learn how to compete in Activity-Sign-Ups > #weekly-pinball-challenges  and get your name in next week’s results!

This week, we asked folks if they had any builds they wanted us to showcase, so we’ve got a few of those we’re excited to share! 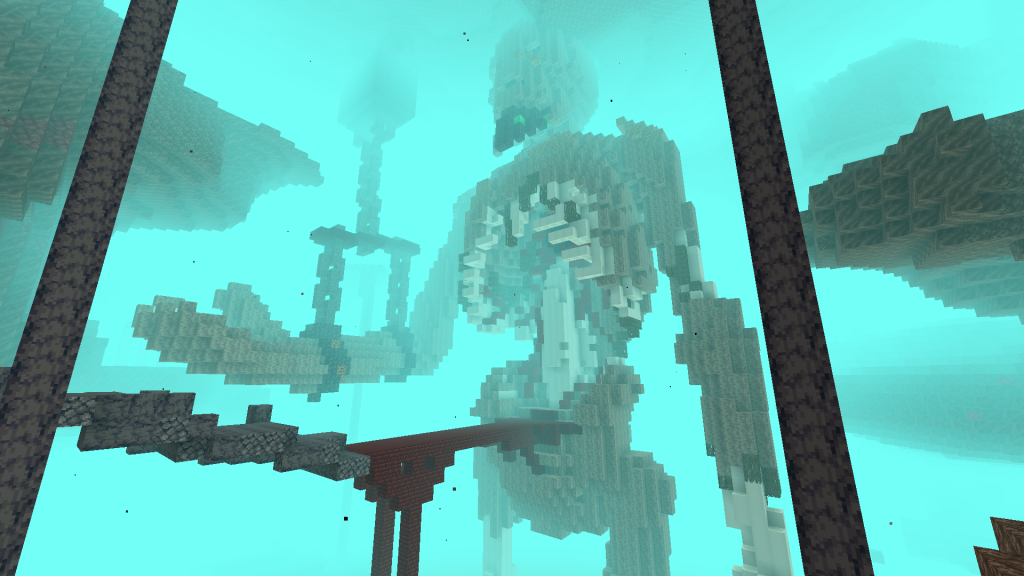 Maahes0 presents The Birch Tower version 2.0, and writes “This still under construction tower of birch is a monument to the original birch tower which was 17 solid layers of birch trees filling a chunk completely to near world height. The original tower was cut down to get supplies for the nether hub project, but people liked it so much I decided to make a new one and make it into a base of sorts. Near by attractions include my drowned in ink farms and down at bedrock level below those, my large copper aging room.” 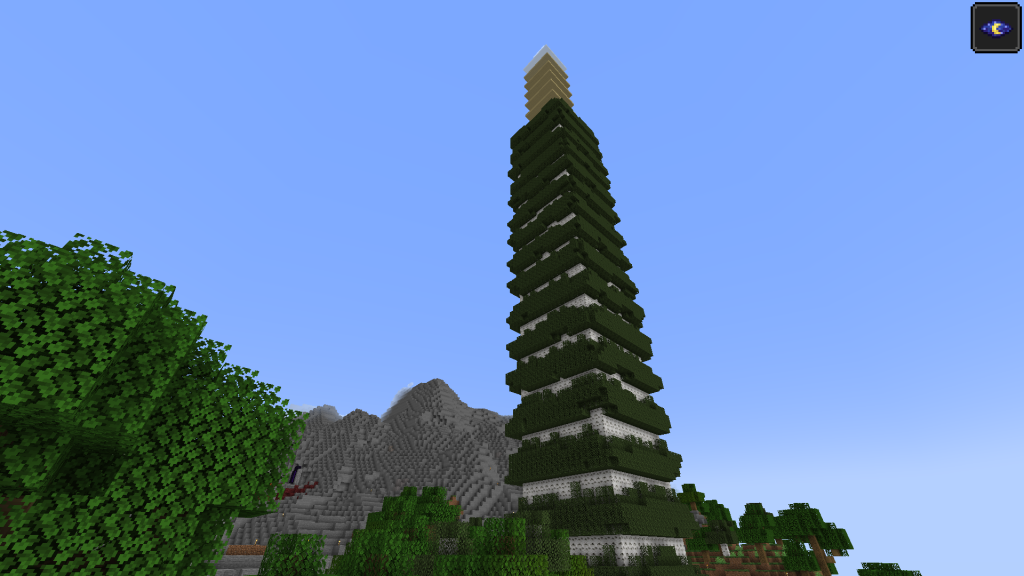 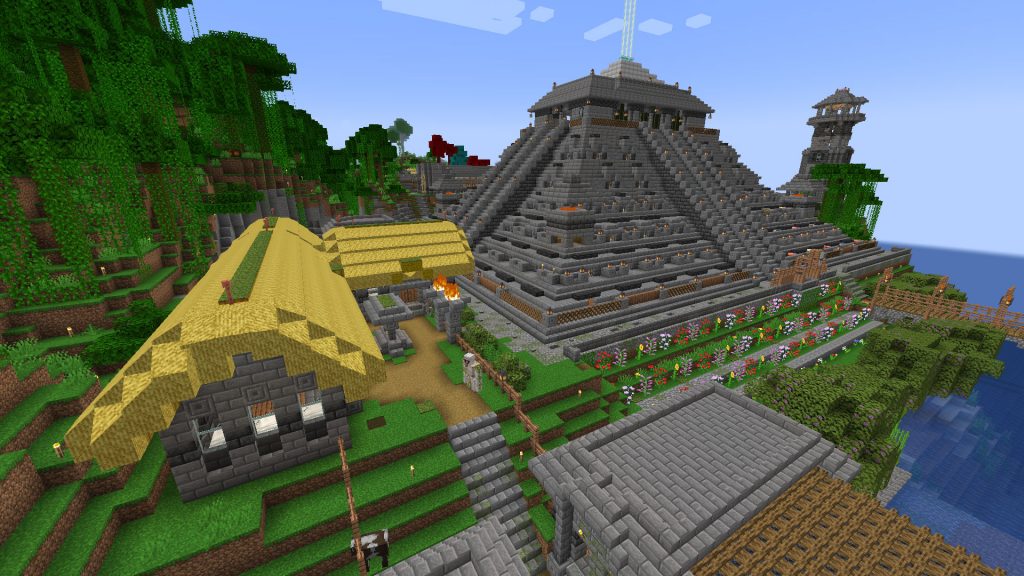 Mantuamaker writes: “My Mayan civilization inspired base began with a remodel of a jungle temple. It soon exploded to include a large pyramid, palace, village, mini game, and many other out buildings. Unique blocks featured include braziers, palisades, hay piles (as thatch), and supports.”

WizardOfDocs writes, “I’ve built a cosy house among the mangroves; the path up from the river starts at 20, 63, -218 and follow the muddy root path up the hill. Hoping to have more glowberries in before you come by, but I already love how it’s turning out.” 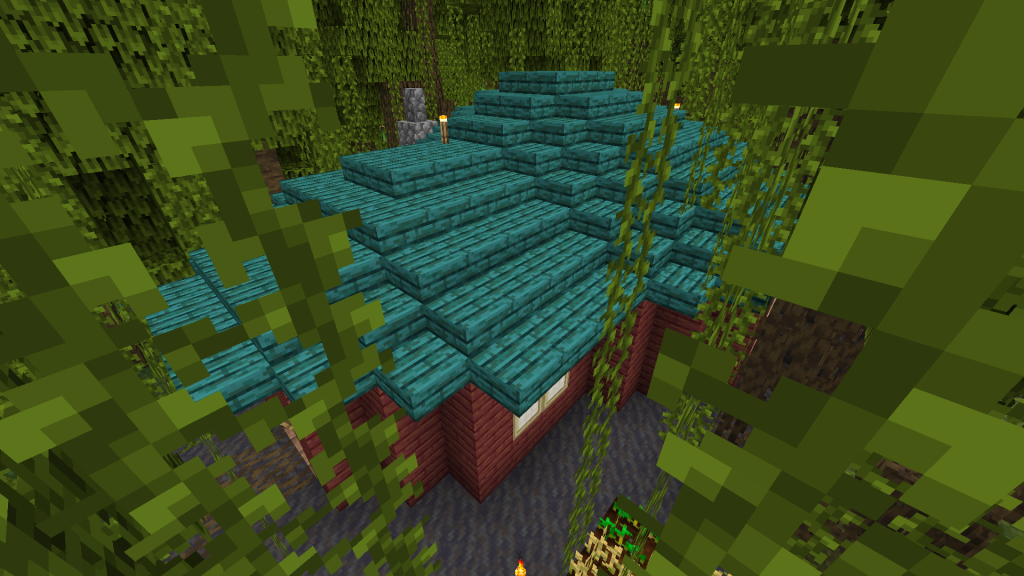 The title of this episode is ironic, it took me over ten days to record and edit.

My shorts game is on point!

If you don’t have time for the full VOD of this quarter’s quarterly meeting, I hope you enjoy the following minutes that our Community Liaison ThatTommyBoii wrote up.

Until Next Time, Y’all…

This is Joe Hills from Nashville, Tennessee. Thanks so much to ThatTommyBoii for all the help this week!

Due to the American holiday Independence Day falling on the 4th of July this year, Tommy and I will be taking next week off newsletter publishing.

Our next issue will be published on July 11th, and since I’ll be away at PlayOnCon, Tommy will be stepping up and writing that issue. I’m certain it’ll be great!