Joe Hills here, reporting as I always do from Nashville, TN!

If you’re new to the newsletter or unfamiliar with my Patreon community, you may be wondering how to become involved with the happenings you read about below. You can get started at https://patreon.com/joehills.

After significant consideration about how to edit and upload episodes more frequently and bring the most energy to each show in my streaming schedule, I’m making the following changes:

If you’re looking for a long-term Minecraft SMP server that’s more survival-comfort than survival-horror, I have one question for you:

How would you like a server where the person making the rules isn’t obnoxious or intentionally obtuse?

I’m excited to announce that this Sunday we launched our first long-term SMP server with a creative lead from our server operations team. Thanks so much to Yirggzmb for pioneering this project!

Connection info, as well as a full list of Yirggzmb’s game rules and data packs can be found in Realms-and-Servers > #vanillish-general

Thanks so much to Yirggzmb for creating May’s Everstorm game! We had two folks who survived and wrote haiku:

If you have any feedback about the May Everstorm session, please leave it in Joe-Hills-Meta > #feedback-everstorm.

Our latest Everstorm Session was designed by our server operator ToxxicGlitter, and will run until Tuesday, July 12th.

Toxxic has made a lot of changes to Minecraft world generation and gameplay rules, many of which he has hidden behind spoiler tags in his pinned message at the top of the Realms and Servers > #Everstorm-June-2022 channel, but here’s a few of the obvious changes:

Gartic Phone with ThatTommyBoii this Tuesday at 8:30

ThatTommyBoii’s Gartic Phone game is this Tuesday, June 21st at 8:30pm US Central time!
Gartic Phone is a cross between pictionary and the game telephone!
Join folks as we draw silly things!
You can find more information and suggest a theme over in activity-sign-ups > june-21-gartic-phone

Let’s get ready to destroy some castles! Sami has wisely selected one of the most widely-loved pinball games of all time for this week’s Pinball FX3 tournament.

Congratulations to Forgantly for a decisive victory in week 2! 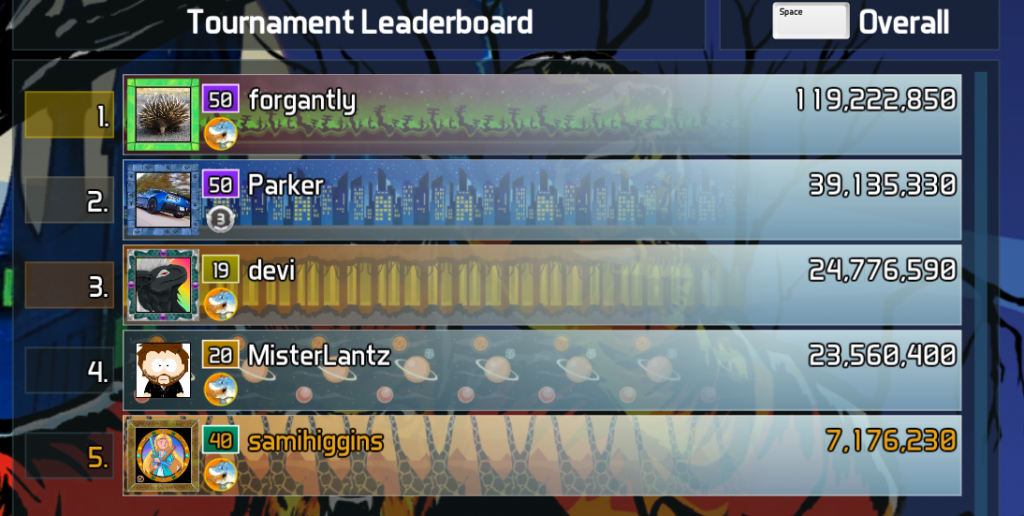 Even if all the player seats are full at the tabletop games this week, community members are welcome to listen in by joining the voice channels with their mics muted during games.

In my an attempt to restore some theatricality to petitions, I have returned to streaming them myself. Here’s the VOD of June petitions for both the Experimental and Deep Slate Nine vanilla SMP servers, with a bonus community field day of Cubfan135’s Leaf Spleef and BDoubleO100 and Ethoslab’s horse racing on the HermitCraft season 8 world download.

The Decorative Blocks mod used on the Experimental SMP server hasn’t been updated yet for 1.19 by its author, so most of the requests today were for additions or changes to be made once it becomes available and the server is updated.

Our community Liason ThatTommyBoii recorded the following VOD of our quarterly meeting. Full minutes will be available next week in Newsletter #13.

This Wednesday, I’ll be back to drawing Pinball machine with ZombieCleo!

Last week, we were fortunate to have JaneyLaney join us, I hope you enjoy the VOD from that:

Come hang out with NJCoffeeJunkie, Yirggzmb, and myself in Columbiana, Alabama on July 7th–10th at PlayOnCon!

I’ve been an attendee and guest of PlayOnCon every year for over a decade, and it’s always incredible!

You can buy a hotel room and badge at: https://www.playoncon.com/memberships

Until Next Time, Y’all…

I wouldn’t have been able to put all this together without our Community Liaison ThatTommyBoii helping with the newsletter! Thanks, Tommy!

Next week, we’ll be back with screenshots from each of the servers showcasing some of the exciting developments on each!

I hope y’all have a fantastic week and keep adventuring!